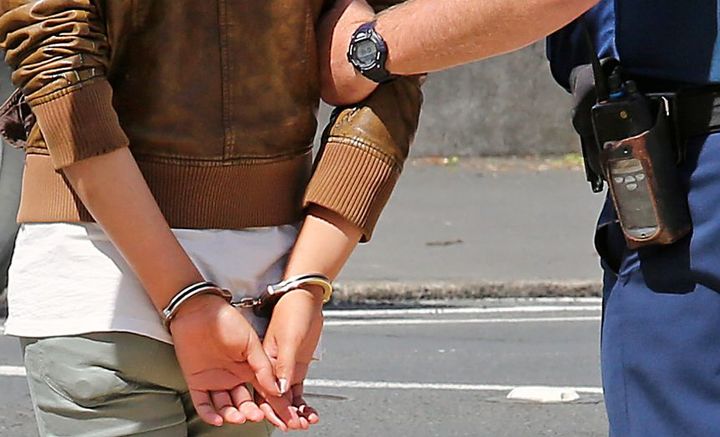 Police said in a statement that they were called for Lock-Down anti-protest on the Bridge of Memorial on about 1 at 1 pm, where 10 people were gathered.

The protesters were urged to comply with the lockdown, but were detained after all three refused.

They were two men, aged 46 and 50, and a woman, aged 56. He has been charged with failing to comply with a directive and is expected to appear in Christchurch District Court tomorrow morning.

The protest took place after a similar gathering at the same place yesterday.

Meanwhile, a 44-year-old man and a 23-year-old woman were arrested in the far north after refusing to wear masks, while in Pak NSU Ketaiya around 12.30 pm.

Police Commissioner Andrew Coaster said he was rude to supermarket staff and other members of the public, and that the woman was “allegedly threatening.”

He faces charges of disorderly conduct and violating the Public Health Response Act.

“While the actions of these five people are disappointing, the police are seeing a high level of compliance on the part of New Zealanders under Alert Level 4,” Coaster said.

“We all know what is expected of us now and that a concerted effort is needed to keep Covid 19 off track.

“Our communities are largely respecting the need to cover their faces in essential services such as supermarkets and pharmacies, and the police will be out and about compliance checks and assurances.”

The police wanted to remind the public that when they first approach education, enforcement action will be taken if necessary.

He urged motorists to exercise caution on the roads and avoid unnecessary travel.