Surf Lifeguards in inflatable rescue boats smashed a window in a seed in West Auckland to free a man who had been trapped late last night. 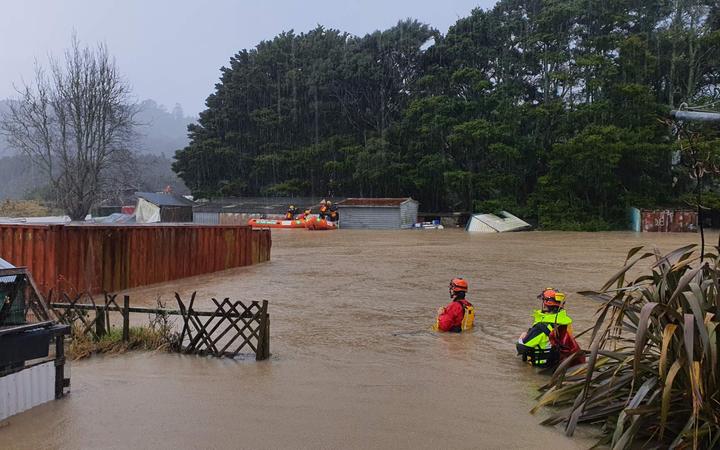 Surf Life Saving Mori Y Squad volunteers are among the emergency responders. In the flooded areas of the region.

“They first reached an address on Tapu Road and rescued two people, one aged 45 to 50 and one aged 60.

One of the men had been inside the shed since at least 10 p.m. [last night] And they actually had to break the window to save him. “

Swans said volunteers checked the well-being of several residents, including a mother and two children who were stranded on a low-lying property waiting for her.

He praised the volunteers who burst their bubble to deal with the flood.

“I appreciate the volunteers who chose to come down and help their community, especially Level 4,” Swans said.

“It’s a big threat for them to break their bubbles and expose themselves and then possibly the family when the Delta situation is over.

“They’re doing what they’re doing best, helping the community. And they’re taking extra measures and precautions to ensure PPE, the use of masks and things like that. Make sure they are safe and properly assess the risk. “