Take away jealousy, relief for indebted Aucklanders and unexpected animal trips – here’s a look at some of the best entertainment and social media content from the 15th day of the lockdown. 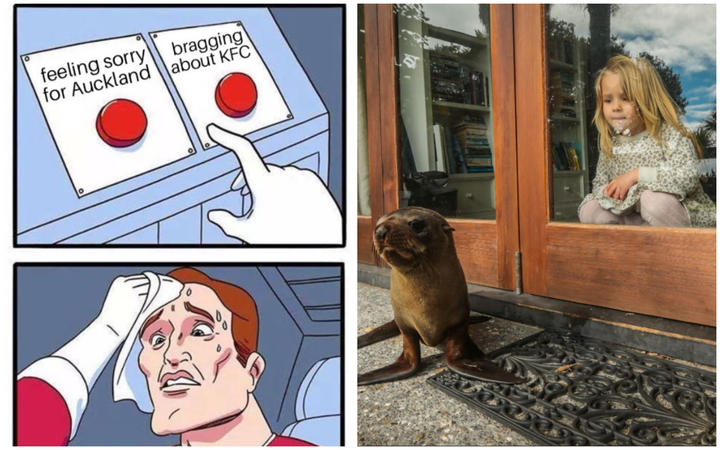 Although social media is full of pictures of people’s first takeaway lockdown candies or entertaining McDonald’s feeds, Aucklanders are feeling a bit off the hype train and people across the country once felt some sympathy for them. There are those who are doing this in big smoke.

When I’m stuck in Auckland and never want to cook again, can you all stop bragging about things coming together? pic.twitter.com/LflbSa7jlc.

Anyway, Sam Neil can make healthy food with this monster from his garden for half of Auckland.

Turn your back for a minute, the next thing you know is a Corvette 2 ton truck. pic.twitter.com/vcssH4ReFB.

While there is good news for Aucklanders, even those who have not paid their library fees, such as the Auckland Library, have announced that they are removing fines and waiving all debts to existing customers.

We have said goodbye to the fine!

it’s fine. Not only will we no longer charge you for overdue items, we’ve formally removed all pending fines from your library account! So, what are you waiting for? Go online and discover today: https://t.co/RtBbOWFl5k. pic.twitter.com/U9r5g3NbV2.

Although the city’s lighthouse gets a chance to get its first mocha, these Hawke’s Bay residents get real treatment through delivery without contact with nature.

While many of us are bored of being exhausted from our homes in the lockdown, a look at this poor toy broken in the air will force you to crawl behind the cover.

In Canada, meanwhile, even a meteorologist can’t take five minutes without interruption with the pouch, convinced he needs some help predicting it.