Anxiety can be a common feeling as students from across the country leave Auckland and return to school, says a psychologist, but this is normal. 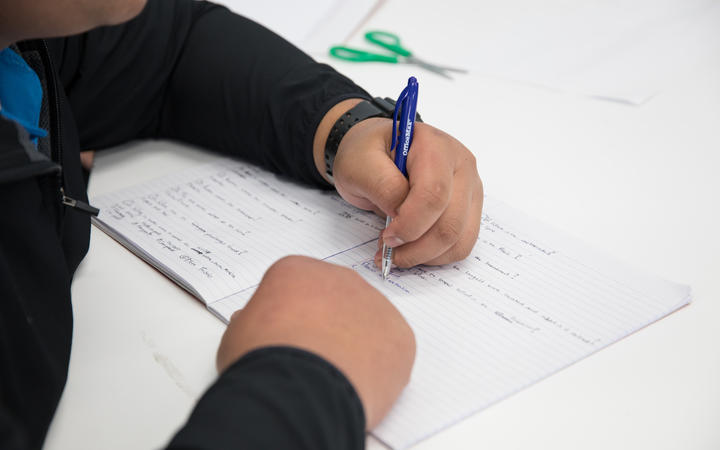 University of Auckland Clinical Psychologist Dr Melania Woodfield said. Morning report. Anxiety was an important task and since the children returned to school for the first time since the start of Alert Level 4, there was an opportunity to talk about it.

“A little restlessness is really natural and normal and we often hear the idea that some emotions are good and some are bad.

“Anxiety falls into the buried category, but anxiety is really an important task and purpose. It’s like our radar for danger or danger.

“It’s very understandable that this alarm system has been raised slightly for children and parents and teachers for the first few days of school.”

“It was an opportunity to talk to the children about the problem,” he said.

“One of the things I urge parents to do is separate that feeling from any of the behaviors associated with it.

“So I mean it’s normal and normal to feel stressed or anxious, but it’s not okay to hit your brother because of that, and I understand the difference between feeling and any behavior associated with it. It’s really important. “

She was interested in seeing how masks work in schools.

Woodfield said wearing a mask could be an example of a “curious question” that may arise in the coming days for children, especially young children.

“I suspect there’s going to be a little bit of disagreement, for example. There might be a friend or kid at school who really likes someone who’s not wearing a mask and they are – or vice versa – and it’s young people. It can be difficult for children to find out why someone is doing something wrong or bad.

“I think it’s another opportunity for parents to plant some seeds of communication that are more common in adolescence, because of the idea that someone you like or respect He can do something you don’t like or you think is wrong or wrong. “

As far as seeing friends again, Woodfield said today’s children, parents and teachers can be bizarre when it comes to physical contact.

“It’s really normal and I doubt it will be fixed in the next two or three weeks.”

For students and families in Auckland, Woodfield said parents should do things that make them happy.

“Do things that restore your children’s ability to meet their needs. This is a really difficult time.”

Wellington College Principal Gregor Fountain said. Morning report. The way the school was trying to reopen today was to acknowledge the limits of emotion between students.

“So our plan is to balance this well-being focus with something normal, so we’re starting the day with Mahi Wakatao. His pastoral group and just get a sense of how everyone is going.” Are

At the end of the day, the school will conduct an exit survey among students to realize their different needs.