A group of researchers at the University of Otago is welcoming mandatory QR codes when an audit found that less than 10 percent of Dunedin residents are scanning businesses before the current lockdown. 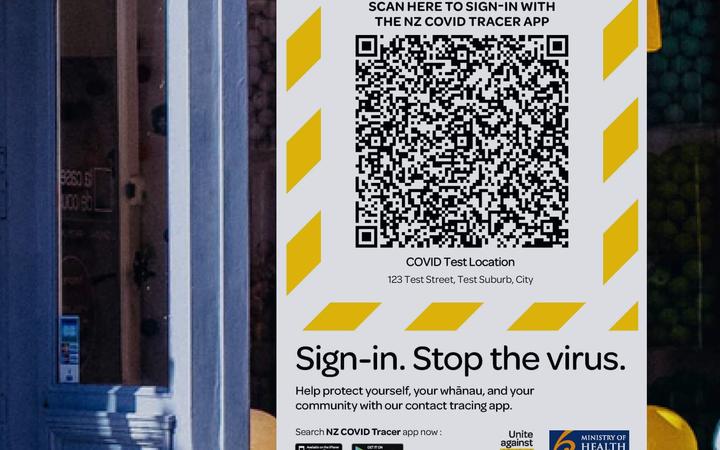 Between July 18 and August 1, data on 4,200 visits to 64 locations around Dunedin showed that people in Dunedin were scanning only nine percent of the time.
Image: Ministry of Health

By midnight tomorrow, most businesses and event organizers must allow users to record their visits.

No one can be forced to scan, but it is becoming increasingly difficult to resist.

These measures follow an audit conducted in July and August.

They found that people in Dunedin were scanning only 9% of the time, and that was 2% for bars and 3% for restaurants.

The audit also noted that less than one percent of people entering supermarkets are using paper sign-ins instead of QR codes.

The researchers spent 45 minutes at each location during July and August, recording information on scanning rates, QR code poster displays, and how businesses followed instructions to display their QR codes.

The best scanning rate in supermarkets and cafes was 10-13%.

Professor Philip Hill, co-director of the Center for International Health at the University of Otago, said the audit confirmed the suspicion of significant satisfaction in New Zealand that led to the Delta outbreak.

“We all need to make QR scanning a part of normal life during epidemic diseases, no matter what the current case numbers are in any part of the country. Will provide a great opportunity, “Hill said.

Final Air Medical student Eric Monroe, who was part of the latest audit, said voluntary scanning clearly did not work for New Zealanders.

“How can we really expect QR codes to benefit our Covid 19 contact tracing efforts if using less than 10%? We can’t.”

He believed that scanning the QR code would necessarily reflect the wearing of a mask.

“New Zealanders have responded well to the requirement to wear masks,” Monroe said.

Previously, almost no one wore a mask on a plane. Because, everyone wears a mask – there is no particular reaction or difficulty in implementing it. There is no reason to believe that the situation will be different for mandatory QR code scanning. “