Ahead of the second hit on the North Island this weekend, heavy rain and heavy storms heading north towards Central New Zealand will arrive in Auckland tomorrow afternoon. 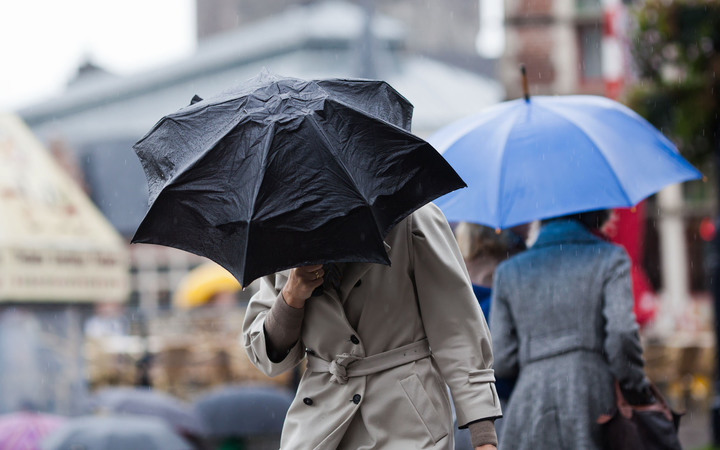 A front is expected to bring strong winds and heavy rain to the northern island before clearing the country on Tuesday.

Winds are blowing at a speed of 200 km per hour in some places. Due to damage and power outages throughout Canterbury. Met Service forecaster Lewis Ferris said the front was expected to ease as it moved north. Morning report. Today

“It’s moving north fast, it’s built around Blur, it’s been very active,” he said. The winds are strong in the Canterbury Plains and even in Christchurch, so it will still be a good morning to stay awake, but know that it is easing today.

The Met Service raised its warnings from Westland and Canterbury to South Island to Fordland from the south because winds were lower there, but Ferris said the capital was for some wind.

There are still a few hours to go to Wellington.

“It looks like we will see heavy rain from this front this afternoon and then reach Auckland by tomorrow afternoon.”

Wellington and Virarpa can expect a northwest hurricane at 130 kilometers per hour by 6 p.m.

Mount Taranaki was expected to have a thunderstorm intensity of up to 30 mm / h this evening.

A second hit is possible at the end of the week.

The Met Service said a low-level front will be followed next weekend, which could lead to more heavy rain and winds from the northwest of the North Island from Wednesday, south of the Wellington area. Affects the northern and eastern parts of Motu before leaving. Kikura until Friday.

The winds are likely to move from northeast to southeast and then south, but the forecaster noted the uncertainty at this stage as to whether the weather will reach the warning level.